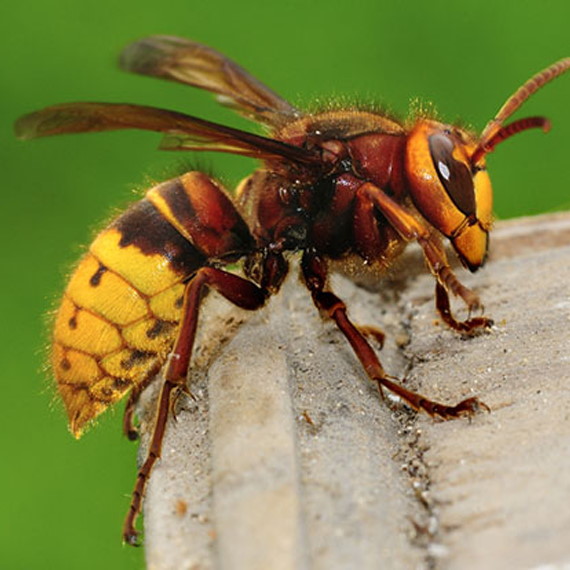 Stinging insects are the most active throughout the summer and early fall, after the colonies have had the spring and early summer to grow. The most common stinging insects in the area we deal with include bees, wasps, hornets, carpenter bees and yellow jackets. Home and business owners first reaction when seeing these pests is to simply get rid of them, but a lot of stinging insects are misunderstood. For instance, the bee is a vital part of our ecosystem, helping to pollinate plants. The wasp eats other dangerous insects, such as spiders. More often than not, humans get stung simply out of defense, not attacks. Nonetheless, if you have a stinging insect infestation it is a good idea to call our professional pest control company to safely trap and remove the colony.

There are many safe methods exterminators use to trap and remove stinging insects, all dependent on the type of insect. Richmond Pest Control will use a variety of safe methods to eliminate your stinging insect pest control problem in your home or business. Since bees are considered so valuable to the environment and are currently in danger we treat them with respect and do not exterminate. Instead, we extract the queen and move the nest to a more suitable environment. We use this same method for other colony insects, such as wasps and yellow jackets.  If you have a stinging insect pest problem on  your property, call Richmond Pest Control today.

It is relatively easy to remove and relocate a nest on the outside of your home, but on rare occasions we find a nest inside that needs to be handled delicately. Do not go near the nest, it is best to avoid it at all costs so you are not stung. Our professional pest exterminator technicians will come out to evaluate the situation and go over the best plan of action to take to safely remove the insects. We’ll provide the right solutions in removing nests from inside your home and relocating them to a better environment.

Learn More About How We Can Help You